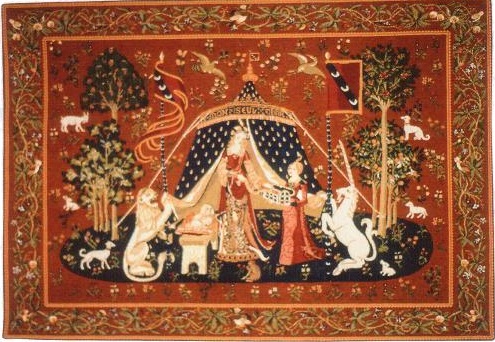 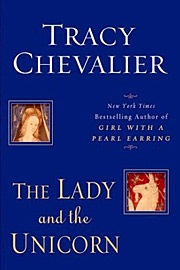 Tracy Chevalier’s Lady and the Unicorn centers around the weaving of the famous Unicorn Tapestries much as Girl with a Pearl Earring centered around Vermeer painting that work.  I like the way Chevalier works; I like the way a work of art is used as a focus and a catalyst.  I don’t like most of her characters, which makes the books rather chilly reads; there’s a distance kept between the reader and the inhabitants of the book which isn’t unlike that between a viewer and the inhabitants of a painting.  Even when you’re inside the head of one of the more sympathetic characters at a very intense moment there’s still a certain detachment.  The chapters rotate POV among a selection of the major characters; it’s almost like an exercise in writing.  I’m an art geek, so I love all the details about working in the 1400’s here, and the tiny bit of weaving I did in school made this accessible.  If nothing else, it’s a very pretty hardcover, and now I desperately want a) to go stand in the middle of the room hung with these tapestries and b) tapestries of my own.  Recommended, but not with a whole lot of warmth. 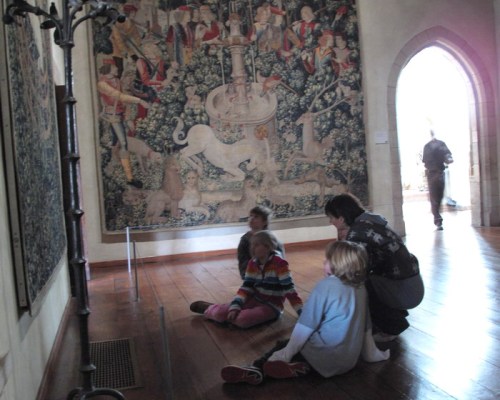 Like Loading...
This entry was posted in art, books, history, literary fiction and tagged tapestry, The Lady and the Unicorn, Tracy Chevalier, Weaving. Bookmark the permalink.