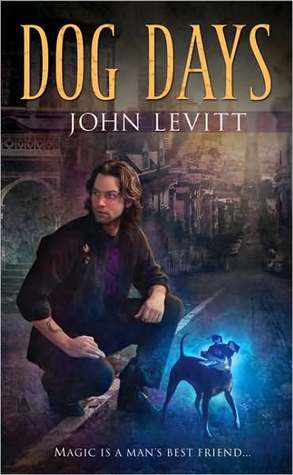 Sometimes, I find to my annoyance, I allow myself to be swayed by others’ opinions. For example: a while back I tentatively suggested John Levitt’s Dog Days for a group read on a GR group I used to belong to, and one comment the suggestion received was that it “sounds really bad”. There was a little support, too, but I actually allowed my preconception of the book to be swayed by others’ concentration on the possibility of cheesiness in the concept, and I dropped the idea and moved on to other books.

But it filtered back up to the upper stories of my TBR skyscraper. I seem to be trending right now toward urban fantasy: here and now and with at least one foot in reality. So I settled down with Dog Days, set in present-day slightly-alternate San Francisco.

Moral: I need to not let myself be at all influenced by others who have not read a given book.

Was it perfect? Of course not. Did it inspire Dresden-like feelings? No – but then, neither did Storm Front, really. Was it cheesy? Not at all. Is it ill-served by a somewhat questionable cover and over-abundance of canine puns in the title and marketing? Oh, my, yes. Whoever had the idea to put the series titles’ focus on the dog and choose some fool’s punny comment as this edition’s cover blurb should be flogged (even if the titles were Levitt’s idea). The packaging gives every impression of just another annoying entry in the Animal Companion subgenre, a book and series throughout which the hero will be having many conversations with his smart-alecky or wiser-than-he-is or what-have-you TelCom (Telepathic Companion). 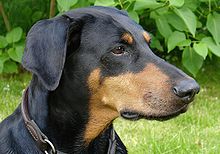 The world where this takes place is one in which a small percentage of people are Practitioners: witches and wizards, though they are never called that. What little has been said so far shows this as a nice system of magic, and there was not a great deal of onus on Levitt to explain it yet given the first-person narration by Mason, a young man of what all the teachers always like to call great potential, but who (as the teachers like to say) Does Not Apply Himself. He doesn’t know or care to know a whole lot, so he can’t tell the reader everything. He would rather play his guitar than work on becoming a better practitioner – and he’d rather just noodle on the guitar than practicing with an aim to improve his skills there either. He is, as he is often told by concerned friends and as he often admits to himself, lazy, and does not seem to believe in all that potential the same friends keep telling him about. Whether or not this is true of the character, he sounds like someone who has had either a lot of small failures or one stupendous and miserable failure and has been left with a massive barrier of skepticism and unconfidence regarding his capabilities.

A small percentage of this small percentage of people who are Practitioners have been found by ifrits. These are what are known in folklore as witches’ familiars – supernatural creatures which take the forms of cats and dogs and other small animals and which, for reasons known only to themselves, attach themselves to Practitioners as assistants and, yes, companions. Thing is, though, while they are clearly Other, they are also very much what they appear to be.

Take Mason’s ifrit Louie for example. To most people he appears to be a pretty ordinary miniature Dobermann. He chases squirrels and begs for treats like any common dog. But he’s a few steps beyond a common dog. I was constantly a little surprised at how few steps; I had prejudged, and expected something along the lines of Misty Lackey’s Companions. And ifrits are not, at all. They seem to understand what is said to them – but their attention is as prone to wander as any creature’s. They do not speak, not aloud nor psychically. They may have more to communicate than ordinary animals, but they have the exact same means of communicating as ordinary animals: Louie can bark and whine and use expressive ears and tail to put his point across, but he has no way of coming out and saying “I found what you’re looking for. Dig here.” Ifrits do not seem to be 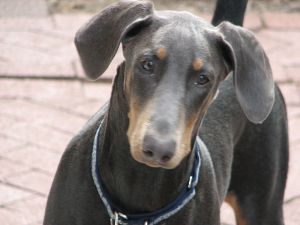 Practitioners themselves – they do not use magic: they are magic. Many spells do not affect them because of what they are – but they still have many of the vulnerabilities and constraints of the forms they take. The main thing they have in common with Companions is deep and unstinting loyalty: however they choose their people, once an ifrit has a person it’s a long-term (though not always permanent) relationship.

I loved the voice of the book. Mason can be a smart-ass, including at inappropriate times; he occasionally admits to the reader that he has had second thoughts about things he said and did – he knows better, but he still keeps shooting his mouth off. There were times when comments in the narration – like a tossed off “revolting development” bringing the shade of Daffy Duck into the midst of a life-or-death battle – were jarring, but they were infrequent. Mason’s external appearance is that of the gifted slacker; the reader sees a man who is fully aware that he’s not a kid anymore and he may need to grow up sometime soon, and who is a bit terrified of the idea: he has no idea how to go about it.

One of my favorite things about the POV, I think, is Mason’s disinclination to let the reader listen in on a romantic interlude. That non-love-scene was one of the best love scenes I’ve read in recent months.

The story begins with Mason attacked leaving a gig, with no idea of who or why, and ends only after he’s gone into pitched battle against the who, having learned that the why is nothing he or his allies ever considered. Along the way there is a great deal more grimness and tragedy than I expected – the enemy here is truly ugly, and, unfortunately, pretty believable, and capable of atrocities I did not expect. It’s definitely the beginning of a journey, and one I look forward to taking.