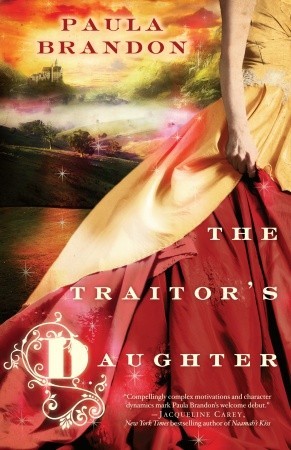 I won this some time ago as a LibraryThing Early Reviewer book, and I’m very very sorry that it’s taken me this long to finish it … I lost it, is the plain simple truth. If you saw my house you’d understand. It’s a cross somewhere a small local library and an episode of “Hoarders”. Happily, it appeared on NetGalley, and my request was approved, and vi-ola: two reviews with one stone. Or something.

It took some time for this book to click. One aspect of that was the cover: it looks almost typical of the run of historical fiction and historical romance in recent years, and as this is very much not either of those genres it was a bit of an adjustment to take in robots and Sishmindri. It’s a whole new universe this is set in, with a new form of magic, and new species. I didn’t really notice when the click came, but at a certain point it all suddenly made excellent sense: the Sishmindri are the bipedal amphibian race who are enslaved by the humans, considered by the vast majority to be far, far subhuman; next highest on the totem pole are the human Faerlonnish, who have been conquered by the human Taerleezi and who – except for the Magnifico Aureste Belandor, who acted in a manner he considered expeditious, saving his family – but which his fellow Faerlonnish considered vile treachery.

As the book begins, we meet Jianna, Belandor’s daughter, who has been sheltered from all of the politics of the past. She is eighteen, lovely, spoiled, and an almost unsympathetic character who is being sent off for a strategic marriage. She never gets there. While her father’s past actions have provided a safe and privileged life for her up to that point, they also created a lot of enemies, and some of those enemies stop her carriage and take her captive.

It’s a dark story. There’s the horror involved in the kidnapping – Brandon pulls very few punches for her

characters. There are all the draconic laws of the society which lead to horrific punishments and retaliations: it is a land being ruled unwillingly, and it isn’t pretty. And there is something else going on behind it all. Most people experience it as a terrible plague; people get sick, and then the authorities come in and quarantine the house or the block or the section of town. What most people don’t realize is that the reason the quarantine is so viral is that the dead don’t stay dead. What even fewer people realize is that the reason for the plague is that the Source, where all arcane power originates, is undergoing some serious changes, changes which could have cataclysmic consequences. I like that. I like that the concerns of each character are all in all to them. The resistance fighters working against the Taerleezi are concerned solely with trying to make an impact on their oppressors; the plague is a distant trouble, and they couldn’t care less about the Source. They, and everyone else, are going to have to become a bit more open, or they might not survive.

I liked the characters who populate this alien world. They are not the most cuddly of people, but I liked the way they move through their landscape and made decisions with weight. Nothing comes easily, and there are consequences to everything. Yet there is a sense of humor to the writing which is a big part of what makes the characters not be hateful and leavened the harshness of the world. While the book didn’t end on quite a cliffhanger, there are many situations left very much unresolved, and I look forward to the rest of the trilogy.

Like Loading...
This entry was posted in books, fantasy and tagged fantasy, LTER, NetGalley, Paula Brandon, The Traitor's Daughter. Bookmark the permalink.