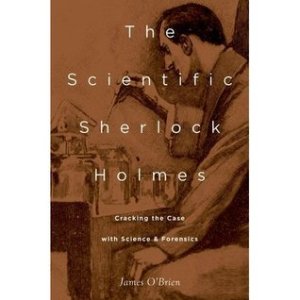 When I think of Holmes, I think of a scientific method of deduction. I think of a human version of a CSI lab before there were CSI labs, able to observe and interpret the smallest grains or threads of evidence and effortlessly build a case against the evil evildoer. I admit, I haven’t read the canon lately, so I have to take the author’s word for it when numbers are cited – the frequency of occasions when Holmes used a magnifying glass or a microscope, or dabbled in chemistry. Which I have no problem doing – it’s obvious that Mr. O’Brien was thorough in his tallies. He’s thorough in every aspect of the book. Which, in a way, is why it did not rate more than three stars.

This book reminded me a little of one of the Shakespeare biographies I’ve encountered lately, which tries to bake a cake with about a half a cup of batter. The author presents the little information that exists from a different angle, and basically fills in the rest with art and artifice – like using a styrofoam layer for that cake. With The Scientific Sherlock Holmes, the idea is a good one: see, this is how Sherlock Holmes used science in his investigations. The practice, though, brings in the styrofoam. There are fifty-six short stories and four novels (“long stories”) in the canon, and when all is said and done there isn’t much more batter to work with here than for a Shakespeare bio. 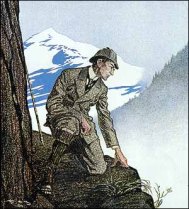 The book is broken into sections relating to the different sciences, and each one augments the information derived from the Holmes canon with anecdotes from reality, and discussion of where Doyle obtained his information. The section on fingerprinting, for example, is a nice little history of the science, including its earliest appearance in fiction in Mark Twain’s Pudd’nhead Wilson. The section on astronomy – dealing more with Moriarty than with Holmes – brings in an acquaintance of Doyle’s who was the likely source for the references. The section on handwriting analysis goes into some detail about the Lindbergh kidnapping, among others, and that on footprints (which was a little disappointing; I didn’t realize footprint evidence had been so thoroughly discredited) went into the OJ Simpson trial (which was surprising). 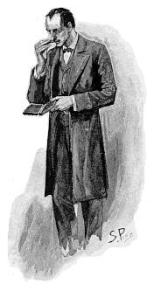 Another way in which the little available material was puffed up to fill the 208 pages was simple repetition. Some of the same points were made (in nearly the same phrasing) two or more times. In a longer work reiteration can be helpful, but this was fairly brief (and illustrations, an appendix, bibliography, and index took up a fair amount of space). (The appendix is concerned with the totally off-topic but wildly weird and interesting “Doyle conspiracies” – I had no idea that he was blamed for everything from an archaeological hoax to, God bless us, the Jack the Ripper killings. There’s a certain irony to the latter given that the most recent Holmes I’ve read was [book:Dust and Shadow].)

The exploration of science in the Holmes stories was fun and interesting, but where it would have made for an excellent longish article, it simply was not enough to fill a book.

This was a Netgalley advance copy, read with thanks.