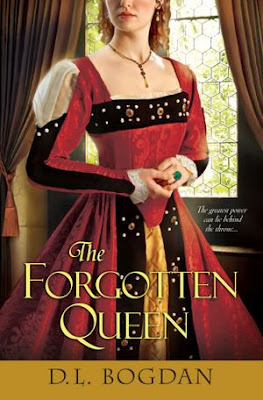 This is a LibraryThing Member Giveaway which I started shortly after I received it, and, ironically, forgot about. I am doing my best to clean up my needs-to-be-read list, after several months of the abyss, so I started over.

It’s not really fair that I forgot about it, as it’s a heck of a story: Margaret, older sister of he who will become Henry VIII, is sent to be the bride of James of Scotland, leaving all she knows, leaving her family with the knowledge that she well might never see them again, the trials and tribulations of living in a foreign, barely-English-speaking, “barbaric” land, knowing that her husband the king has children by other women, and of course the usual ordeal of the royal wife trying – and often failing – to provide her husband and her country with an heir – and so on. The agonies of that alone, especially since the book is from Margaret’s first-person point of view should have bought the main character tremendous sympathy.

But they didn’t. Instead of experiencing more and more compassion and commiseration with Margaret, I just liked her less and less as the book went on, till I wanted to throw a small party when I finally finished the book. This Margaret was histrionic, juvenile (understandable when she was a child, though I foolishly still expect to learn that royal children have been raised to handle themselves better), marvelously self-centered, hypocritical … what else? Fickle. Needy. A smothering mother for one child, and absolutely absentee for another, seeing nothing wrong with it. Ludicrously easily distracted by fripperies and parties. In short, one of the most annoying characters I’ve read in a while. It actually seemed like the author was just as annoyed with Margaret at times, which is pretty funny on several levels. Even Margaret in narration refers to herself as hysterical. She certainly feels sorry for herself: “Surely no one could have as impressive a catalogue of regrets as I!” Yeah, ’cause the poor got nothin’ to complain about.

King James IV of Scotland is depicted as some combination of Prince Charming, Don Juan, and that albino monk from The DaVinci Code – and that’s criminal. Just the small amount of background research I did for this review makes it so obvious that he was an amazing human being: patron of the arts and alchemists and sciences, polyglot, intellectual, gun manufacturer. He sounds fascinating. Very little of that came through.

The writing was, for the most part, very readable and held interest (despite my months-long lapse), but there were some missteps that just made me tired.

“…His eyes wide with terror. He was afraid, I realized at once.”
– Captain Obvious is obvious

“Each long-suffering plod of the exhausted horse’s hooves, each step we rode along the way was a torturous hindrance to my goal.”
How is a step forward, however weary, a hindrance?

One line I did find amusing, and I believe it was intended to be: “Eat your peacock, darling, and stop fretting like an old woman.”

The biggest problem I had with the writing, though, was something I never understand in historical fiction: textual anachronisms. There was nothing so egregious as an “okay” tossed out, praise be, but there was a consistent use of modern phrasings that got completely under my skin. There were so many that I have to acknowledge the possibility that the author purposely used contemporary language to enhance the readability. While I get that it would be unreadable if the language was authentic to 1500 England and Scotland, I can’t help taking issue with the inclusion of phrases like:
– “She’s playing you”
– “You are reaching”
– going it alone
– that he should dare play that card
– “in on” a secret

When all’s said and done, I’m not sure about the title. I presume that Margaret Tudor/Stewart/Douglas/Stewart is said forgotten queen, but she hardly seems to have let herself be forgotten in her lifetime. She was constantly making a her presence and needs known, pestering her brother Henry VIII to remember what she was due and to work with her husband, her son’s regent, her son. She never let up. Then she was in constant communication with those running Scotland, and then constantly shoving her oar in with her son, giving unwanted advice. I was not sorry for her, but for Scotland.