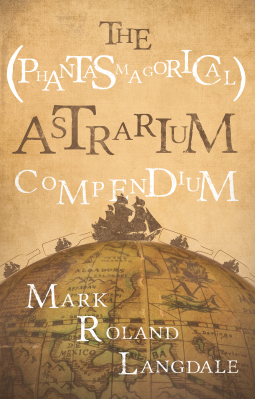 I believe that I gave this book (provided by the publisher via Netgalley for an honest review) more chances than I’ve ever given any other book. It’s been a long time since I’ve committed to Netgalley, and I didn’t want one of my first books back with them to have one star and a scathing review.

Try as I might, I couldn’t – could not – get past 4%. I usually take advantage of Kindle’s highlight option to note things I might want to mention in a review. I kept opening the book up to try again, and found that I was highlighting most of what I read, until there was just no point: if I kept going I would end up with three quarters of the book in “My Clippings”. It’s such a pretty cover; it’s such a quirky title; it’s … well, actually, interesting and fun as the concept may be, it’s also somewhat similar to two other books I listened to this year, both of which I considered failures, so maybe I shouldn’t offer the concept as a possible plus.

In any case, I never got to that concept – of wandering through a magical landscape meeting historical personages. I was stopped cold by what is, I suppose, viewed by the author as eccentric and idiosyncratic writing. I see it as irritatingly eccentric and idiosyncratic writing. You know those rules of grammar and syntax, punctuation and sentence structure that we’re supposed to learn in school? There’s a reason we’re supposed to learn them. They make writing readable. A writer who knows the rules and ignores them now and then for effect can create something terrific. A writer who – whether he knows them or not – ignores their existence entirely generally creates something that cannot be read.

All things in moderation, said someone wise at least once. That dictum, like nearly all those rules of writing, has no place in this book. One exclamation point is fun – let’s have hundreds. (For some reason my Kindle refused to count them for me. I think it was afraid.) Oh, and if exclamation points are fun, then interrobangs (?!) must be at least twice the fun, and let’s throw a bunch of those in too. It was like reading a Victorian advertising poster which just wouldn’t end.

Like a breathless Victorian ad, at that. I don’t know who might have thought that comma splices were fun or quirky. They’re not. They’re bad writing: “Gulliver imagined if a seashell fell from the heavens and you put it up to your ear you would be able to hear the cosmological oceans, he knew this wasn’t logical but he just liked the imagery of such a fantastical happening.” Take a breath. Put in a period. Let the reader take a breath. One comma splice isn’t fun; it’s a mistake. Hundreds (a safe projection based on the dozens in just the sampling I read) are unconscionable.

Even the sentences which are not, technically, run-on sentences read like run-on sentences: “In the emporium sat several large, oak ships’ wheels which were best steered clear of, as the price tag on them would have told you had you the misfortune to come across them.”

“…Make Doctor Who a reasonable offer for his Tardis!” A) He is not “Doctor Who”. He is never “Doctor Who”. Anyone calling him “Doctor Who” has not seen the show and should not be trying to score a brownie point with Whovians. B) It’s TARDIS, all caps, an acronym.

No, I didn’t give this much of a chance. As I said, I tried, and couldn’t. The writing was impenetrable, and exhausting. And if the author’s research didn’t extend to getting “TARDIS” right, I’m loathe to think what he would do with Sir Francis Drake and Queen Elizabeth. This is not for me.

One more quote to underscore why I couldn’t handle any more of this: “the mountains he found himself climbing more than any others were the ones in the Sea of Tranquility on the moon”. Go look at pictures of Apollo 11, and Tranquility Base.

Like Loading...
This entry was posted in books and tagged Mark Roland Langdale, NetGalley, The (Phantasmagorical) Astrarium Compendium. Bookmark the permalink.