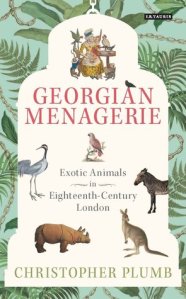 It must have been fun to live in a time when people believed in dragons. Elephants, you see “waded into pools of water when they wanted to give birth; a male would stand by the pool to guard the mother from their mortal enemy, the dragon.” How marvelous.

Unfortunately, that seems like one of the only fun aspects of life in the Georgian period – especially for animals. In the “long eighteenth century”, there was very little empathy or sentimentality expended on fellow human beings, much less animals (except where the sentimentality ran deeper than the Thames), and as is to be expected when reading about this period there were passages that will make your hair curl. Remember, this is the time period of John James Audubon, whose name has become synonymous with conservation, but whose paintings are all (I believe all) of birds he killed and posed.

But he was setting out his nets in the wilds of America. This book explores the impact of non-native animals introduced into Europe, and especially England – and particularly London. I wouldn’t have thought there would be enough to fill a book – but I underestimated the potential. By combing through historical records of all sorts, including journals and letters, newspapers and wills and criminal files, Christopher Plumb has compiled a kind of mind-boggling array of creatures that made their way – living or dead – to and through London.

As pets, as exhibits, as subjects for study, as food, and as other commodities, exotic animals could be big business. They could also let their 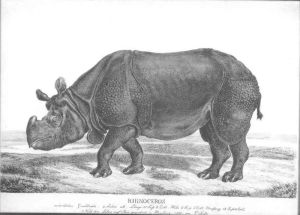 investors down in a big way; between the fragility of health of creatures being taken from the tropics to London and the cutthroat tactics involved in the trade, fortunes could vanish in what seemed like the blink of an elephant’s eye. Some animals became fashionable – I felt a little silly at having to readjust my thinking about parrots and canaries, because obviously they are not native to England (canaries being named for their islands of origin), because they became so common. (“Dennis O’Kelly …died of gout in 1787. His obituary in the Gentleman’s Magazine made more mention of his parrot than of his own life.”) (“Wigton tried to prove the ownership of the bird by putting his hand in the cage and tickling the bird; the bird bit him and made a croaking sound just as Wigton said it would.”)

The problem with this sort of history is that because the data being mined is scattered and fragmented and rather random, there is rarely a beginning and a middle and an end to the stories being told. Example: after a close-up encounter with, I believe, a leopard (somehow I failed to make a note of the animal), “the boy, ‘in a gore of blood’, was sent to Guy’s Hospital for surgery.” We are never told if he survived; the records might not have done so, if there ever were any.

Still, even as a collection of facts and anecdotes, this is fascinating. Gruesome in places (the fate of the elephant kept at the Exeter Exchange is horrifying) and repulsive in places (the whole section on bears. And civets. I mean – snuff? Snuff??), but always fascinating. (About the former, a quote: “the little elephant that had been coaxed up two flights of stairs and put in his den was now, some 16 years later, a big angry elephant”. A full-grown elephant on the third floor of a city building. Yeah. You know that’s not going to end well.)

The writing was erudite and served very well to stitch together the patchwork of the history, with the author’s sense of humor cropping out in places. (“Its taste, God forbid, was described as ‘subacrid’ or ‘bitterish’.” Again, I stupidly didn’t make a note on the highlight, but I have a horrible feeling that quote came from the civet section…) The only thing that stood out as less than enjoyable was the constant use of the phrase “the middling sort” in place of something like “the middle class”.

I highly recommend this to writers of fiction set in the period. Where the historical record is a a bit scanty, there’s endless room for the historical novelist to play.

This was received from Netgalley, free for an honest review. Thank you!

Like Loading...
This entry was posted in books, history, non-fiction and tagged animals, Christopher Plumb, London, NetGalley, The Georgian Menagerie. Bookmark the permalink.