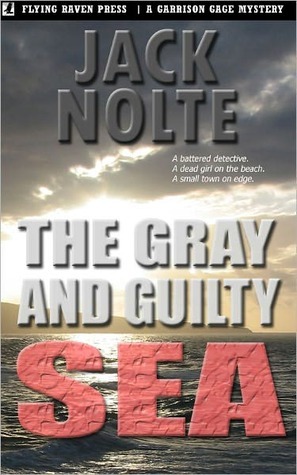 My ambivalence about this book flows strong and deep. I couldn’t hate it; there was some nice writing here:

There was also some not-so-nice writing. There were some silly situations, and some exasperating ones, and such unfortunate phrasings as “the soft underbelly of her breasts”. Can breasts have an underbelly?

I did not like any of the characters. There is a new owner of the local newspaper: “There were two ad managers and a part-time secretary that came with this place, but I wanted to do things myself for a while so I knew the business inside and out.” So she fired the whole staff? I wanted her to be the next murder victim.

The murder victim herself is described as a feckless little thing, who up till the point when she crosses paths with a killer was drifting along with almost no money yet stops to get a tattoo, then went looking for dolphins where dolphins don’t swim. She didn’t deserve to be murdered – but she didn’t exactly deserve to not be murdered, if you see what I mean. And for me she didn’t earn the level of fierce post-mortem protectiveness that infects our sleuth.

And our hero Garrison? The book description refers to him as a curmudgeon, and that works. Mushy on the inside, crusty on the outside. He fled from New York after his wife was murdered and he was pretty thoroughly beaten, and he has spent the years between then and now concentrating on being alone and doing crossword puzzles. However, upon finding the body of the feckless little thing mentioned above, he comes out of his shell with a vengeance, which happens to coincide nicely with the recent arrival of above-mentioned newspaper owner. I don’t know; he puzzled me. We are told that back in New York he was, shall we say, rather attached to his wife’s grave – but then he picked up and moved three thousand miles away from it. He was a pretty good detective back in the day – but here the bad guys seem to get the drop on him in every other chapter.

Having taken upon himself the task of identifying the dead girl and finding her killer, he gets himself into all kinds of adventures, and then … (spoiler…)

… the whole thing turns on a stray piece of litter which miraculously never blew away or got picked up, and which could not be traced to anyone but that one specific person. This struck me as so ridiculous that any possibility of reading more in the series went out the window.

And another: “Sue must have seen the seriousness in his yes”.

Like Loading...
This entry was posted in books, mystery and tagged Jack Nolte, mystery, Oregon, The Gray and Guilty Sea. Bookmark the permalink.