And now for something completely different

Last night I landed on one of the movie channels to watch a Shakespeare film, and when I saw that the next film up was something I’d heard of but never seen, which sounded pretty good in the preview, I decided to stick around and watch The Manchurian Candidate (1962). And it was quite good. In a nutshell, a handful of soldiers are taken captive and brainwashed during the Korean War, and one, Raymond Shaw, is programmed and sent back, and eventually is given the medal of honor and acclaimed by the rest of them as “the kindest, warmest, bravest, most wonderful human being”. Word for word.

And back in the US, Raymond’s mother is married to Senator John Iselin, who … well, put it this way: Iselin is played by James Gregory, the same man who later played Inspector Luger on Barney Miller. He was a fine comic actor.

So here you’ve got Raymond, oddly abrasive war hero; his mother, an evil piece played by Angela Lansbury; his stepfather, the idiot loudmouth; and then one of his former comrades in arms, Ben, played by Frank Sinatra (I know, right?), who keeps having terrible dreams in which Raymond is told to kill one of their comrades – and does it.

So I was sitting here enjoying the thing, and then came this moment:

“There are people who think of Johnny as a clown and a buffoon. But I do not. I despise John Iselin and everything that Iselinism has come to stand for. I think if John Iselin were a paid Soviet agent, he could not do more to harm this country than he’s doing now.”

And here’s where I’d like to put in one of those reaction gifs showing someone laughing uproariously, then stopping abruptly and looking horrified.

I’m just about to spoil the movie, so avert your eyes if you don’t know it and would like to be surprised someday. 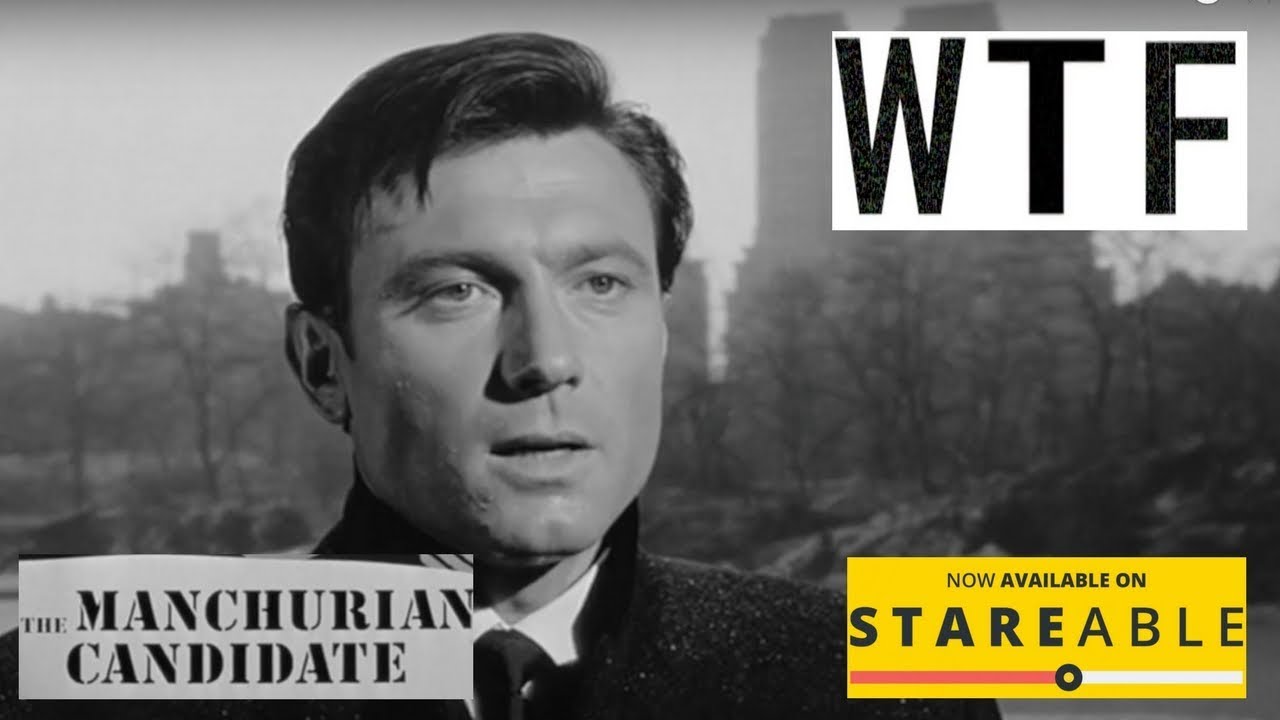 The final mission for which Raymond was intended was to shoot the presidential candidate at a key moment of his nomination, allowing the vice presidential nominee – John Iselin, of course – to have a blood-soaked moment of glory, clutching the corpse and giving a rousing impromptu speech (which has taken eight years to craft), and basically clinching the election.

Come to find out, Iselin IS, basically, a paid Soviet agent. At any rate, he’s fully in cahoots with Mommy Dearest, who is an agent; he’s a legitimate idiot, but is apparently to some extent aware that he is being used as a puppet to create a foothold for the Soviets and Chinese and to begin to bring the US low.

So, what do we have here: a loud-mouthed, pot-stirring spewer of at least borderline-slanderous jingoism, the kind of man a great many people can’t believe is for real while a different great many people follow him avidly, the kind of man who says things which make people’s jaws drop open in shock that a grown-up man, much less a presidential candidate, would, could say such things… on a track to be put in a position of ultimate power – as the “leader of the free world” – chosen not in spite of his buffoonery but because of his buffoonery.

For something to have running on the tv which I don’t have to pay much attention to while I’m playing on the computer, I’ve been watching (listening to) tales of haunting, which while overall tremendously silly do still manage to be rather creepy at times. They have not given me nightmares. I have a bad feeling that The Manchurian Candidate will give me nightmares.