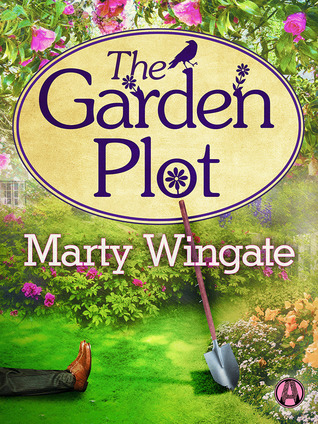 I constantly complain about cozy mysteries – and I keep on reading them. Anyone wanting to bring up the “definition of insanity” quote can just pipe down, thank you.

And see, this book is why I keep trying them. I was cautious at first, and only downloaded a sample at first – but I liked it. And then I spent more than I really expected to to buy the complete book (I tend to resent any Kindle book that costs more than about five dollars), but … I liked it. (Insert very old Life Cereal commercial here.)

The tale concerns an American expatriate, who has in her early 50’s walked away from her life in Texas to start over in her mother’s homeland, England. That was a big step toward winning me over, since I plan on doing the same thing one day, though not, as she does, as a gardener. And right there are some of the reasons why this works where other cozies fall flat: Pru Parke is a unique heroine (in other words, she’s not a lovely blonde twenty-something, and yet she’s also not in any food service industry). While it’s still so unlikely as to be statistically impossible that she will run into enough corpses to constitute a series, at least her occupation leads her into varied settings and allows for easier suspension of disbelief.

More to the point, I liked her. I liked her worries about how she was going to pull off her dream, which begins to look less and less likely. I liked her work. I liked the whiff of ineptitude in her detection – it’s annoying when an ordinary citizen turns out to be a better detective than the pros on her first time out.

And it’s also rather nice that I learned something: I never really picked up on the fact that there is a difference between American and English robins.
“American robins are blackbirds,” she said, and added to explain, “Well, what Americans call robins are quite close to blackbirds here, only with red breasts. We don’t have these little guys.”

– And she’s right. English blackbirds are identical in silhouette to our robins. English robins are so very much cuter…