Being me, I can never let it stand at one word.

The relationship between our heroine, Mary Handley, former sweatshop worker (as the reader is reminded over and over), and George Vanderbilt is … absurd. Is it impossible for a rich man to fall in love with a poor girl? Of course not. Is it feasible in – was this 1889 or 1890? Not really, no. Mary’s reaction was believable – I love you but I’m not sure I trust your feelings, and can we really make this work? George’s – never noticing any difference in their situations whatsoever – vaulted past “Aw, he’s such a gentleman” to “seriously, was he hit on the head recently?” Mary had a dilapidated one-room apartment. George was building … THIS.

I mean… seriously. It’s the largest home in the United States. There’s an audio tour you can take of the house alone which takes ninety minutes. (It wouldn’t take ninety minutes for a tour of my whole town.) There should have been some reaction, or at least acknowledgement – but he says nothing and behaves as though she brought him to see her suite at the Ritz.

But okay, let’s say he truly was blind to the difference in their situations and she could get over it. The circle in which they would be traveling – his – would never get over it, and she, and therefore he, would be ostracized forever. 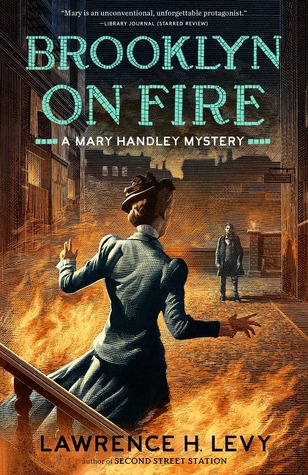 George Vanderbilt is portrayed as a nice guy. I’m surprised at how little I can find about him online; this book does appear to be accurate in terms of his goals of ahead-of-his-time ecological concern and land management; he may well have been a nice guy. But the level of cluelessness with which he happily and proudly shows off his monstrous country home – not his permanent home, his country home, which, I repeat, is the largest home in the United States – to a woman whose father is an assistant butcher. Advanced thinking in terms of environmental concern does not necessarily translate to advanced thinking in terms of class and social standing. The kind of marriage they would have would be difficult now – then? Absurd.

One problem with reading a printed book as opposed to a digital edition is – well, one I never considered before. Where it can be a very minor annoyance now and then not to have easy access to the covers of e-books, it never occurred to me that having the physical book, where my eye kept falling on the blurb on the back cover as I schlepped the book hither and yon, could also impact my feelings about the book. To wit: “LAWRENCE H. LEVY is a highly regarded film and TV writer who is a Writers Guild Award winner and two-time Emmy nominee. He has written for various hit TV shows such as Family Ties, Saved by the Bell, Roseanne, and Seinfeld.” The further I got into the book, the more I kept thinking that a) out of those series the only one I liked at all was Family Ties, and b) the ability to contribute to a half-hour contemporary situation comedy does not necessarily translate to the ability to write a mystery novel set in the nineteenth century.

“Okay” is perfectly, er, acceptable in a sitcom. I could be utterly wrong – it might have been quite common for everyone to say “okay” in 1890. I don’t think so, though. As I’ve said elsewhere, if I had more confidence in the writing I’d be more willing to give it the benefit of the doubt, but when someone wears a “huge smile, truly from cheek to cheek” (aren’t they all? The cheeks being on either side of the mouth? Isn’t that a mixed cliché?), or when the reader is assured that George “knew what to do in order to assure Mary had the best treatment“… and so on, and so forth … no. There is no inspiration for confidence.

The predictability of the story is not helpful. I knew from early on that one of two people would die, and was right, and it was tedious and unconvincing. However, the cover, and in fact the title, led me to expect a spectacular climax. It wasn’t, so that prediction was incorrect. And I have to say that knowing exactly who was committing the murders and why from just about the very beginning of the book, while it took predictability out of the picture, also removed any suspense or … well, interest.

I received Brooklyn on Fire from LibraryThing as a LT Early Reviewer book.

Like Loading...
This entry was posted in books and tagged Brooklyn on Fire, Lawrence H. Levy, LTER. Bookmark the permalink.