The Code of Love – Cheryl Sawyer 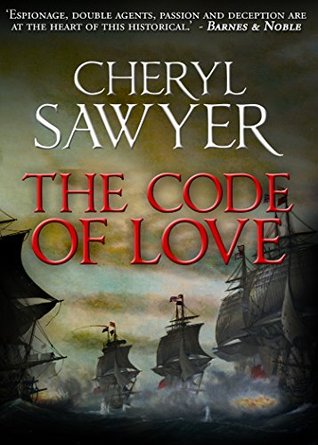 I don’t know why this book was such a slog. There was nothing wrong with the writing; the elements of the story were just fine; the characters should have been engaging. But for some reason I had to fight my way through to the end.

Perhaps part of it was a bit of weariness at just how utterly exquisite the heroine, Delphine, was. “She entered like lightning and arrested every conversation.” Every couple of pages came another reminder of just how beautiful she was. Oh, and Our Heroine keeps snubbing Our Hero. When she isn’t actually freezing him out her disdain is being mentioned – every couple of pages. It was writing for the attention-span-challenged.

Point of curiosity: this is one of the first times I’ve been given an (if you will) outsider’s point of view of Shakespeare:

It was the most lowering play she had ever sat through. There was a quite unseemly burial, with a ghastly harangue over a dead woman’s body, and eventually a court scene where everyone mouthed things they didn’t mean and drank things they should never have touched. Then all of a sudden swords came out…

That, my friends, is Hamlet. I’m not sure how I was supposed to take that; “silly French girl never saw Shakespeare” or something? Sorry; I’m plumping for “lack of taste and discrimination”. (If I had liked the woman it might have been “really bad production”.)

Using the Bard as a point of transition, I can also say that this book was chock-full of much ado about nothing. Example: a journey is planned with all sorts and kinds of hand-wringing and trepidation about the many and varied hazards, it’s all but impossible, but no! The heroine must undertake it! And she shall! And she does, and it is gotten out of the way with one line stating that it basically went without a hitch. And thud goes the buildup.

I could also bring in the Comedy of Errors, as the Hero – who has been painted as a fairly sensible bloke for most of the book – suddenly and with no explanation whatsoever does something so moronic that I had to page back a bit to make sure I didn’t misread something. Nope: he really did deliberately and with aforethought decide to be that stupid. I will give him a little credit for ruefulness when he gets himself wounded, but even there ….

‘Where are you hurt?’
‘Through the chest, but it’s no problem….’

Point of interest: this was the second Netgalley book I came across in the span of a month or so that had a character named Tracey, spelled as I spell it – the Earl of Tracey.

In some of my reviews I mention that the writing fights me – some authors try to manhandle me as a reader instead of disappearing and allowing me to live in and experience the world of the book. This style will turn what should be a fun romp, a quick and light read, into a struggle. The Code of Love fought me for every metaphorical inch of ground.

Like Loading...
This entry was posted in books and tagged Cheryl Sawyer, NetGalley, romance, The Code of Love. Bookmark the permalink.