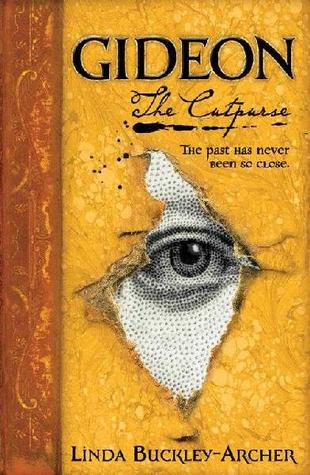 First off, this was a good narration. I started to write “great”, but then remembered three moments where, if I had been (God forbid) listening through earbuds, I would have had to claw them off my head and rock back and forth for a minute in pain. At the beginning and end of the book comes a sound effect which may or may not be some kind of audio logo for Simon & Schuster Audio, which sounded like a jet taking off. An intense blast of white noise. And the chapter in which the children come ’round in 1763 opens with … screaming. Not even the muted yelling tone Gerard Doyle used in other places to indicate louder speech without actually hollering in my ear – this was a jump-out-of-your-socks full bore very much unmuted scream. RIGHT at the beginning of the chapter. No warning. YAAARRGGH. Really, S&S Audio? You’re going to perpetrate that on your customers?

I enjoyed the book while I was listening, and it held my interest enough that I think I got through it in one day, while doing random things that needed to be done. It felt legitimate, well-researched; the characters weren’t perfect, and I can’t say I liked them hugely, but they had engaging moments and pretty well-rounded. The only child Pete getting fed up with Kate’s “embarrassing” tendency to burst into tears; Kate’s reserve toward Peter who, after all, is someone she has only known for a few hours and who started off grumpy and sullen. I liked some of the interaction between the time periods, and the scientific attitude toward time travel. I liked that the children didn’t fit right into the period with barely a raised eyebrow on others’ parts or a complaint on theirs. I liked some of the secondary cast of characters, and especially I liked Gideon. I liked the celebrity cameos, mostly; they were a bit numerous, but fitted in pretty well. And I kind of enjoyed hating the genuinely kind of scary Tar Man. 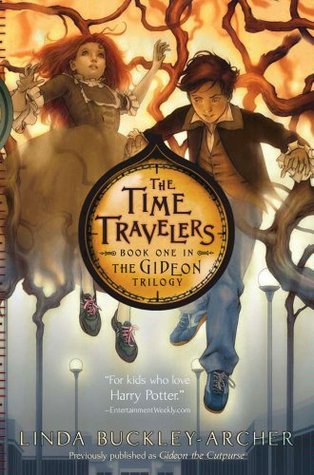 I even loved a few moments, like: “We might not have discovered anything yet, but we have fabulous doors!”

But that’s not to say I approved entirely. The device by which the children travel through time was vague and unconvincing, but it was just the techno-babble-embroidered mechanism to get the story rolling, and became the MacGuffin. And it never entirely made sense that it was entirely necessary for the children to have the device to get back to the future, nor how it appeared and disappeared. Did Kate’s father mess something up? Did the dog or one of the kids careen into the thing and hit a button or something? Ridiculous as I know it sounds, it almost sounded like the dog was integral to its functioning as a time machine. (No, seriously. She seemed to have to be there.)

What I did not like about the secondary characters was a consistent inconsistency their behavior. There were several of the 18th century folks (Byngs and their attachments) who were, I thought, built up to be villains – and then suddenly everyone and their in-laws were on Peter and Kate’s side and everyone was utterly trustworthy and supportive. And of the Bad Guys, I was completely unconvinced regarding Lord Luxon’s villainy. There was a lot of talk about how awful he was – but almost all his behavior seemed perfectly honorable. If Gideon was a liar, there would be no real evidence against his ex-boss. And as for the footpads and highwaymen… a more silly and unrealistic group of miscreants I have not seen since that live Peter Pan they put on around Christmas (2014 – the villainy was almost as unconvincing as the lip-synching.) There was genuine menace, and then for a while all was foolish and children’s-bookish – and then suddenly a shot rang out … I don’t know. Odd.

The head-hopping in the book was a bit excessive. Point-of-view bounced dizzyingly from character to character, everyone from Peter and Kate all the way down to the I-believe-unnamed coachman – sometimes more than one in (what felt in the audiobook) the same paragraph.

And what happened to Peter’s governess Margrit? About halfway through the book, shortly after the children vanish into the past, she makes an appearance keeping the other Dyer children occupied … and then, apart from a handful of brief mentions, vanishes herself. I would have thought as Peter’s in loco parentis she would have been a little more prominent in police inquiries, if nothing else.

Speaking of the police … I don’t know what to say about the investigation as described here. It felt … perfunctory, off-kilter – like the “time machine”, more an object that had to be there and so was tossed in than anything meant to be believable. The detective was more a collection of descriptors than any kind of believable character (though I did like the line about his stocking up on single-serving frozen dinners at the start of the investigation – it was moments like that (and the fabulous doors) that keep this from a lower rating). And the interaction between the two sets of parents … I don’t know. For Dr. Dyer to withhold information not only from the police – which was understandable, considering – but from Peter’s parents… that was not right. Along with the Inspector, I was a bit glad when Peter’s father forcibly expressed his displeasure with Kate’s father. It felt like a chunk of text went missing toward the end; one moment Peter’s father is getting up in the middle of the night, and the next, out of the blue, Kate’s father is making a surprise appearance.

Oh, and then there’s the other disappearance related to the machine. Apparently experimentation was moving along similar lines in the US, and … “a couple of months ago” that machine vanished as well, along with a cleaner. So… now that they have an idea what’s going on, can I assume someone is going to try and find that cleaner? Or was he less important because he wasn’t an influential person’s child? And – – how could two, as I understand it, independently conceived, built, and operated machines develop the same unintended ability? “You see, Tim Williamson has been working on an antigravity project very similar to one in the States – which is why we were particularly happy to fund his research here. [(Really?)] We hoped that one project would complement the other. Anyway, Russ Merrick, at MIT, built a device that was different in design from Tim’s but that had pretty similar aims…” How does that happen? They couldn’t get the machines to do what they wanted them to, but …? 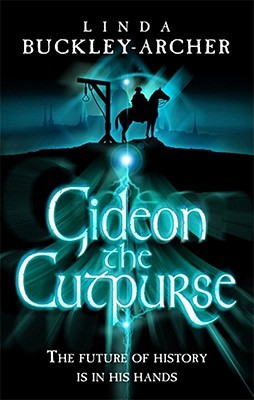 Even if I didn’t have any other evidence I would be pretty sure this book was originally published in England. If for no other reason (like head-hopping, which is more common-slash-accepted in English fiction than American, I believe), the two Americans were singularly unconvincing; things came out of their mouths that sounded nothing like what ought to be said by American scientists. (And I have a very hard time believing that cash-strapped NASA is going to fund duplicate research in both MIT and London. They have had to fight tooth and nail for funding for everything they’ve done for the past quarter century.)

Finally, what I disliked the most about the book was its ending. What a moronic way for a main character to behave. I didn’t buy it; I didn’t like it; in fact it irritated me enough that there’s no earthly way I’d pay the (*checks*) $8.54 for the second book on the Kindle. Up till that point I had vague plans to follow the story through. After that? I can live without knowing what happens next.

Like Loading...
This entry was posted in books, Children's/YA and tagged Gerard Doyle, Gideon the Cutpurse, Linda Buckley-Archer, Time travel, YA. Bookmark the permalink.