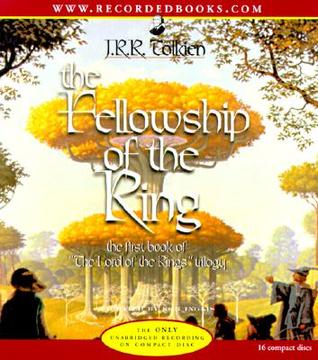 If dropping the ball were a way to score points, I’d be way ahead in whatever game this is right now. But now I’ve joined a buddy read for Fellowship in the Dragons and Jetpacks group (isn’t that a great name) on Goodreads, so maybe that will be the kick in the butt that I need to get past Chapter 3.

Anyway, I’ve gone back to the beginning yet again, once more listening to the audiobook read by Rob Inglis. And a couple more tiny things stuck out this time.

I thought it was interesting that the children around Bag End recognized either the Fëanorian (Tengwar) or Elvish rune for “G” on Gandalf’s fireworks – which makes me wonder what language the hobbits use.

And there’s mention of carriages coming to pick up the better-off hobbits from Bilbo’s party, as well as the cleaning crew gathering up lost bags and gloves and handkerchiefs – it all sounds like the Professor was talking more about an Edwardian ball than the sort of party shown in the movie. Also … carriages drawn by ponies, I wonder? (Not ginormous jackrabbits, I assume.) Not only does the Long-Expected Party show in a different light suddenly, but the whole neighborhood: who are these other well-off hobbits? The Sackville-Bagginses, I assume (where did they live?), and the Tooks and Brandybucks of course, not wanting to walk in their finery from Buckland and Tuckborough. “How bright your garden looks” … it lies to the west of the hole, which is (possibly) significant, and is red and golden with “snapdragons and sunflowers, and nasturtiums trailing all over the turf walls…” Lovely.

I wonder who the dwarves were who accompanied Bilbo from Bag End – anyone we know? If I – Arda forbid – were Peter Jackson (*shudder*) I would go back and digitally insert age-progressed dwarves from The Hobbit movies. If I liked the movies, that is. Which, if I were Jackson, I suppose I would.

“It was a fine night, and the black sky was dotted with stars. He looked up, sniffing the air. ‘What fun! What fun to be off again, off on the Road with dwarves! This is what I have really been longing for, for years! Good-bye!’ he said, looking at his old home and bowing to the door. ‘Good-bye, Gandalf!’
“‘Good-bye, for the present, Bilbo. Take care of yourself! You are old enough, and perhaps wise enough.’
“‘Take care! I don’t care. Don’t you worry about me! I am as happy now as I have ever been, and that is saying a great deal. But the time has come. I am being swept off my feet at last,’ he added…”

How utterly marvelous that is, from Bilbo’s joy to the flavor of the night … oh, everything about it. “‘This is what I have been longing for, for years!'” Yes. Me too.

Like Loading...
This entry was posted in books, fantasy, Geekery and tagged J.R.R. Tolkien, LotR, LotR Reread, The Fellowship of the Ring, The Lord of the Rings. Bookmark the permalink.