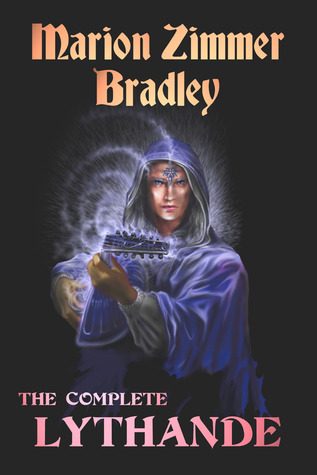 What an awful cover…

In a recent discussion in a Goodreads group about how an author’s (or narrator’s) bad behavior – meaning truly bad, as in child abuse and rape and murder, not simply being an utter brat online – impacts one’s perception of his work, Marion Zimmer Bradley naturally came up. (If you don’t know what I’m talking about – well, lucky you. Go google “MZB daughter” or something like that if you want to know (but you don’t). Better yet, do a tiny bit to counteract evil and use goodsearch.com.) In the discussion, I said something about not being comfortable reading her work knowing what her pattern of behavior was. What I forgot was that back in 2013 – which I’m pretty sure was before I found out about the accusations against her – I won The Complete Lythande on LibraryThing.

I had requested the book, and was glad that I received it (though I then forget about it) because it’s an old … perhaps not a friend. Acquaintance, I suppose. It’s a thread in the web of my early fantasy reading, picked up – probably at Stop & Shop, which once had a really wonderful sci-fi/fantasy shelf, believe it or not – when I was in my teens. It’s part of the Sanctuary mythos, the shared universe anchored by the Thieves’ World series; it’s also linked by the author to the Sword & Sorceress series, which introduced me to some amazing writers, including Misty Lackey. (Say what you will about her writing, Valdemar was perfectly crafted for the teenaged girl I was.) I owned a copy of The Complete Lythande, enjoyed it, and loaned it a good friend … and like 99.999 percent of the books I’ve ever loaned out it never came back.

So. That’s why I requested it, back when, and that’s why I read it despite everything. I was right – the author’s back story was ever present in my mind. 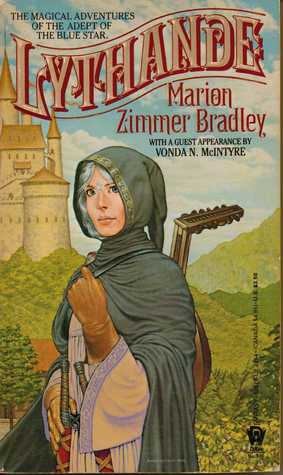 This was the edition I had in paperback – wonder what the differences were, besides Vonda McIntyre

Other reviewers are quite right as well: these stories should not have been collected in one volume as they are. The backbone of the series is that each mage of the Blue Star has a secret, and if that secret is discovered by another adept then follows a loss of magic and death. Oh, and adepts of the Blue Star can’t eat or drink in the presence of other men. And each of these things gets at least a couple of paragraphs in every single story, with very similar wording. It doesn’t take long for “YES I KNOW” syndrome sets in.

I subsequently listened to a collection of Lord John stories by Diana Gabaldon. The main character is gay. But Lady Gabaldon never explicitly states this, much less says it in almost the same words over and over. (I found myself making the comparison while listening to the third story in the book and waiting for something to nitpick about the character description. It never came.) I’m not saying that Diana Gabaldon is a better writer than Marion Zimmer Bradley, but … Yes, yes I am saying that.

I was thinking of complaining that every single woman in these stories (except, you know, that one) is weak, dominated, and uses sex as a weapon, an all-consuming hobby, or a career … but then I realized that every single man is a cliché as well, thuggish and brutal and as apt to rape as to breathe. It relates to the aura of the Thieves’ World as a whole, but it’s still … sad.

I was frankly surprised at how indifferent I was to these stories. I know that once upon a time I devoured them. This time around it took me a long time to plough my way through.