Out of the Black Land – Kerry Greenwood 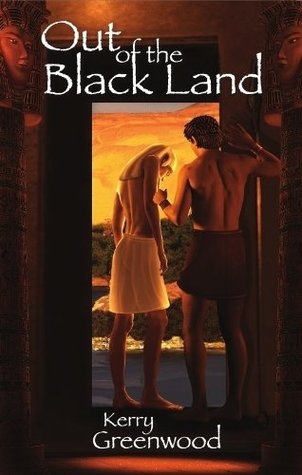 I was very surprised to see this book from Kerry Greenwood. I only discovered her a couple of years ago, but that was with a contemporary cozy mystery set in her native Australia; I then moved on to the first of her Phryne Fisher novels, set in ’20’s Australia. So to see a book on Netgalley set in ancient Egypt – this I had to read.

If I were prone to using gifs in my reviews, here is where I’d have Snoopy doing a happy dance or something. (Or, of course, Walking Like an Egyptian.) It was awesome.

We did Egypt in (for whatever reason) History of Western Art in art school; we did Amarna. I knew about that freaky pharaoh Akhnaten and the upheaval of religion and the groundwork laid for the boy king we all know and love, Tutankhamen; I knew the bust of Nefertiti.

Correction – I knew a little. So I was a bit excited for a novel that would delve into it all.

And delve it did. Working from two points of view – from that of Ptah-hotep, a young scribe-in-training plucked unexpectedly out of obscurity to be the personal scribe of Amenhotep’s heir (a whim of Akhnaten’s which could have gotten the naïve and defenseless boy killed, and would have without allies), and plucked away from the life he longs for; and through the eyes of Mutnodjme, younger sister of Nefertiti, a pragmatic and intelligent girl who asks enough questions to drive her mother mad and also put her own life at risk – and also, perhaps, to help keep Egypt from crumbling away in the upheavals of her time. 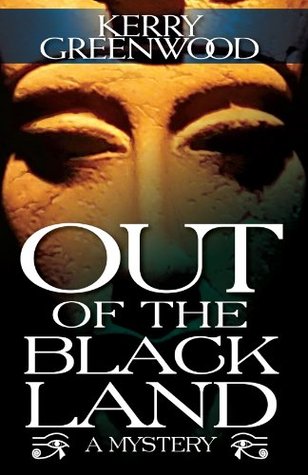 Through these two sets of eyes Greenwood lets us see, at the beginning, a peaceful, prosperous, generous, wisely run society, safe and happy and mostly at peace under Amenhotep. Unfortunately, Amenhotep is growing old, and his son has strange ideas about … life, the universe, and everything. When he takes up the sceptre after his father’s death, everything changes – and if any of it is for the better, it’s hard for Ptah-hotep or Mutnodjme to see it.

It’s funny – I remember Deb, our HWA teacher (the good one), talking about all of this. How the rays of the sun were depicted, touching the royal family almost fondly with little hands at the end of every shaft of carved sunlight; I remember her talking about how this was the first time familial affection was shown in Egyptian art. The carvings of Amarna are so relaxed, in many ways, compared to the formality of what came before (and after), with the pharaoh and his lovely wife playing with their children and embracing each other. And that’s all here. The Aten is – suddenly – the only god, personified in the sun, and all other gods must be eschewed.

Greenwood talks at length in her afterword about how shifty Egyptology is. Put five scholars of Egyptian history in a room and ask even the simplest question, and odds are there will probably be about six different responses – and every individual will be completely convinced of at least one of his answers. It was a very long time ago, and comparatively little of that culture is left untouched; what we have are fragments of shreds of records in a language which still eludes us in some respects, and the upshot of it all is that I can just imagine seminars full of Egyptologists pulling this book apart and stomping on the bits. But for me as a reader for pleasure it works, beautifully. It all makes sense, and it feels right – this is the Amarna that will live in my mind, and the Egypt that will live in my heart.

It is not easy to adapt to a world in which little girls are married off, and in which those little girls are often the sisters or daughters of their husbands. Incest is irrelevant here – it is the rule, not an aberration, is meant to solidify the royal grip on the throne. But while these Egyptians of some 3500 years ago were an alien race, there were some things that they held in common with most of us: most of them found the rape of a child unthinkable, and they loved their families, odd as the configurations of those families seem to us. It’s an alien world, the setting of this novel, but the people? People really never do change.

Like Loading...
This entry was posted in books, historical fiction and tagged Akhnaten, Egypt, Kerry Greenwood, Nefertiti, NetGalley, Out of the Black Land, Tutankhamen. Bookmark the permalink.