At the Edge of the Orchard – Tracy Chevalier 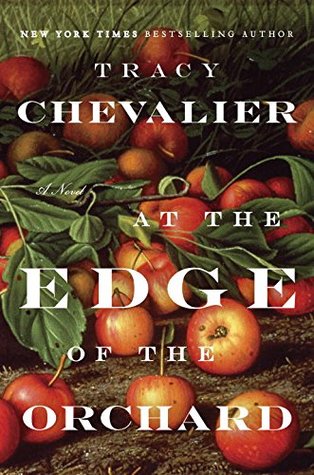 I keep a List of the writers I want to keep an eye on. It originated before Goodreads and LibraryThing made it so easy to watch for new books and keep track of what I’d read and hadn’t and what I owned and so on. Tracy Chevalier, rather predictably, made the list after [book:Girl with a Pearl Earring] … and I’m not sure why. I just found a note I made in a blog post about the “C” authors on my List: “Interesting books. Very art-oriented, which I love; not very character-oriented, which I don’t love as much. By which I mean what I’ve read of hers is strangely removed from the characters, even in the midst of a passionate scene of any flavor.”

And that hasn’t changed. At the Edge of the Orchard seemed like an obvious book to request from Netgalley, but I hesitated before pushing the button, because of that distancing. It’s like there’s a glass door between the reader and the characters. No matter how wonderful or how terrible the events going on in the narration – even with first-person narration as in this book – the reader is no more than an observer. It’s a little chilly. 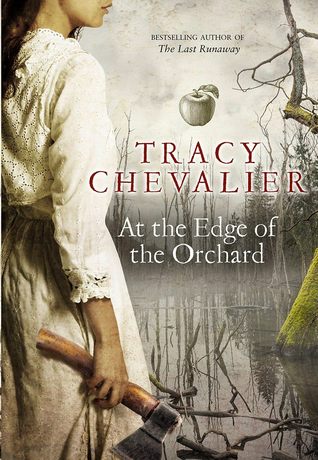 It all begins with the struggles of the family uprooted to the Black Swamp, trying to achieve the fifty-tree orchard required to demonstrate the intent to permanent residence. The number “fifty” is skillfully woven throughout the story as it follows the younger son of the family in his flight away from something awful that happens. The suspense of the revelation of what that was, and in a couple of other places, is nicely handled, if short-lived.

Chevalier’s books are instructive, certainly. I never realized before recently how few evergreens there actually are (were) in Great Britain (until people starting sending them over from America). I never quite understood how grafting worked. I didn’t know much at all about John Appleseed. And I love the story behind the naming of the monkey puzzle tree.

I just wish I knew a little more about the inner workings of her characters. 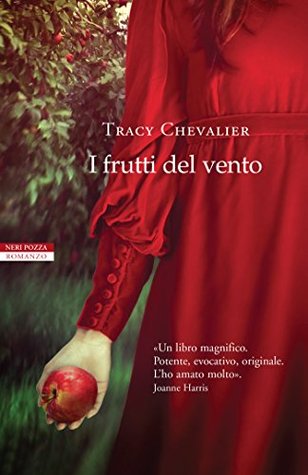 This is a quote that is highly relevant to me right about now:
What he could not stand was the constant chatter of the man raking to his right: hours of dull stories about the gold he had found and drunk away, or the high prices to be paid for anything in California, or the trials he’d had on the overland trail to get here from Kentucky. These were all familiar tales to Californians, only enlivened by an unusual style of telling or a twist in the tail. The raker had neither of these, but doggedly pursued his stories with more persistence than he did his raking.

Like Loading...
This entry was posted in books, historical fiction and tagged At the Edge of the Orchard, NetGalley, Tracy Chevalier. Bookmark the permalink.