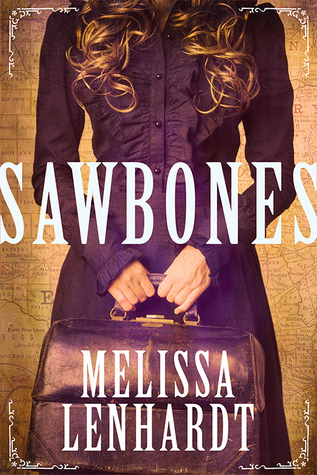 If you look over there to the book description, you will probably see “Outlander meets post-Civil War unrest”. Now, a few years back I did a whole bunch of research into what a whole bunch of people said about writing and promoting and getting an agent and so on. And I remember reading with dismay the advice that you really should come up with what they call an elevator pitch, and that part of it should be something like “Jane Austen meets Howard Stern” or “Star Trek meets Star Trek the Next Generation” or something ever-so-clever to get the feel of your book across. I’ve since seen plenty of people in Goodreads groups saying that, basically, when they see something like that they can’t walk away fast enough. Anyway. I think the point this needs to come to is that if you say your book is Charles Dickens meets George R.R. Martin (ooh, I’d actually like to see that), you need to deliver something approximating Dickens melded with Martin. So, was this “Outlander meets post-Civil War unrest”?

There’s p-CWunrest coming out of everyone’s ears. Heck, there’s even an appearance by a Civil War general, which made me realize I know little of what happened to him after the War. There’s still resentment by Southerners, and of course Western expansion being fought tooth and nail by Indians, and a bushel of flashbacks to the War – because of course Catherine disguised herself as a man to serve as a surgeon. The language at times falls short of feelling like it actually belongs in 1871, however; it often felt very contemporary – I protest the use of “kids” to refer to children in 1871, and you know I was annoyed when someone asked if someone was okay. And, quite simply, there was a poetry to the language in that era that was entirely lacking here. Obviously not every word that dropped from anyone’s lips in the nineteenth century was flowery and beautiful – but from the quotes I’ve seen and of course the letters and novels people did put a great deal of thought into what they said and made it as beautiful as possible. And I don’t think so many intelligent people would use “lay” where they should use “lie”. But yes, overall, there’s lots of late nineteenth century unrest.

But I take serious issue with the met-by-Outlander thing.

It all begins with a murder. The murder doesn’t matter very much, though, except as the push the whole thing needs to get going: first-person narrator Catherine, a rare woman doctor trying to make a career in New York, is told by an old friend that 1) the husband of one of her patients has been bludgeoned to death, 2) the patient is accusing her, and has enough money and influence to see to it that Catherine takes the rap, and 3) therefore Catherine needs to leave, immediately, and go on the run to the West. So she does. She scoops up her maid, who has basically raised her for years, Catherine changes her name, and off they go with a group of settlers headed for Colorado.

I don’t think it’s spoilerish to say that terrible things happen (seriously, remarkably terrible), and soon Catherine – now calling herself Laura – is alone; the remaining three quarters of the book follow her to an army post where the doctor has fortuitously left, and where she is grudgingly given the chance to treat soldiers and camp followers. And then she falls in love, though she doesn’t mean to. And then more terrible things happen (remarkably, seriously terrible). And then the book ends.

The writing gets the job done. The book is a smidgen over three hundred pages, and it was a quick read – I was grateful for that, after some of the slogs I’ve had to get through lately. But all of the ups and downs of the story just didn’t hang together; it felt like three or four separate books.

So… who killed the guy in New York?

Maybe that will be in the sequel.

I’m afraid this is one of those books where I talk myself into a lower rating than I started out with. I have to say one reason, albeit a small one, is… well, over the course of the book, the main character is called Catherine, and Laura, and Nurse, and Miss, and I believe a couple of names under people’s breath. Know what she is never, to the best of my recollection, called?

Like Loading...
This entry was posted in books, historical fiction and tagged Melissa Lenhardt, Sawbones, Western. Bookmark the permalink.