The Body in the Wardrobe – Katherine Hall Page – LTER 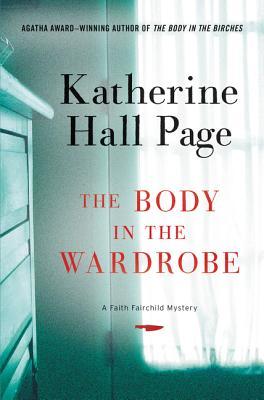 I’ve had a like/loathe relationship with the “Body in the ( )” books and their heroine, Faith Sibley Fairchild, since the first one I ever read, years ago. The series started out as just another cozy series, with just another culinary professional stumbling over a corpse and, of course, investigating. Where other series have kind of staggered on, doing basically the same thing over and over book after book, this one actually has improved: the writing has become more assured and interesting, and as the years have gone by the family has grown, and the children grown up convincingly (if not in keeping with actual time passage; it’s kind of like dog years, only the other way around, with the characters aging not quite one year for every two real-world years). It was a shock when one installment of the series brought me to tears; you’ll see an anomalous five star rating for one of these on my shelves.

The “loathe” part of the relationship is down to the cultural prejudice and snobbery that pervades the series. It’s still there: even after – what, fifteen years in book time and (wow!) 26 years in real time, Faith still yearns for Manhattan and obviously thinks of herself as superior to these villagers. (Her food snobbery still irritates me, too: eat boxed cereal? Pfaugh! I get it – you’re a chef. Ease up.) There are times when I want to start a Free Tom! campaign – he’s such a nice fellow, and what does he see in her, and all that sort of thing. Now, in this book, Faith’s friend Sophie has moved from Maine to Savannah, Georgia with her brand new husband, and so of course now there is the added layer of South versus North. Gosh, that was fun. 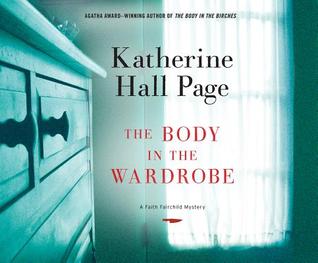 And I have to admit, all of the conspicuous consumption in the series gets old. Oh, dear, I have to go to a formal party and I don’t have a thing – well, I’ll just call my personal shopper at Bergdorf and have her spend an hour or so helping me pick out a couple of things which she can then overnight to me. Hm, it’s a little awkward getting around right now – there, all better, I bought a car with my pocket change. Hey! Let’s fly up to Maine for an impulsive weekend getaway!

Yes, I’m aware that this could be considered inverted snobbery and prejudice. Liberté, égalité, and all that. The thing is, I’m just a bit puzzled by the target audience of the books. Are they meant for we middle-class schlubs who can’t afford so much as a t-shirt from Bergdorf Goodman, never mind two dresses shipped overnight by a personal shopper? (The first tee I saw on the website was $760.00. For a men’s cotton shirt with a lion on it that looks it should be for sale at a craft fair. What kind of anencephalous – – sorry, got derailed there. You can slum it and pay $60 for a truly ugly truly plain gray thing that looks like you bought it at an Army surplus store for under $5. I wouldn’t, but you can.) And it would take some intensive saving to be able to afford a flight anywhere. (Hell, I’m still trying to pay for my kidney stone.) Do people in general really enjoy having their noses rubbed in things they can’t ever afford? I for one find it particularly annoying in Faith, daughter of and wife of ministers, who never seems to quite get the message that her caviar and designer luggage lifestyle is inappropriate for her setting. It can’t feel very good for a parishioner to go to her minister for solace after losing her job, only to see his wife come home with a basket of ingredients for the family dinner that cost more than an average week’s salary. 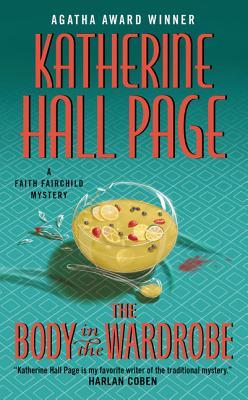 The writing is still really actually pretty darned good. There’s a sort of tacit acknowledgement in there that yes, it is a bit unusual that Faith – and her friends – keep tripping over dead folks; it’s all a vehicle for getting the story told. That out of the way, this is a very engaging story, with some deliciously (heh) spooky undertones and nice characterization. It’s a series that has outgrown its gimmicky start, and grown up along with the characters. I think the series has officially reached the status of Comfort Books.

My other remaining quibble with this book and its series-mates is the section of recipes at the back. They’re rarely anything I would ever make, and they’re rarely the dishes mentioned in the course of the books for which I would actually love recipes. Over and over in the series Faith or someone will cook something that sounds terrific, and it’s never heard of again; then someone will make something using either ingredients I either can’t find or can’t afford, or some combination which might be amazing but which sounds appalling – and there’s the note to look for the recipe at the back of the book. Seriously, the books are beyond the subgenre now – I would approve of the recipe sections being retired.

I received this book, free for an honest review, through LibraryThing’s Early Readers program. Thank you!

Like Loading...
This entry was posted in books, mystery and tagged cozy, culinary, Faith Fairchild, Katherine Hall Page, mystery, The Body in the Wardrobe. Bookmark the permalink.