Have you seen this? I want everything on this page. 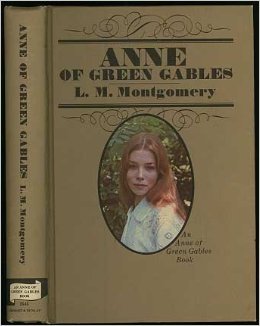 This is the edition my wonderful aunts bought me when I was about ten. Thereby changing my life.

I’ve written about Anne before, a few times. But – as with any extraordinary book – every time I read or listen to it something different sticks with me. As a source of solace at the end of a terrible, terrible year, I listened again to the Librivox recording by Karen Savage, who does such a beautiful job. I won’t say it made it all better – so many deaths, not only of celebrities that meant a great deal to me but also of family members; life changes that did not improve matters; November 8 – but it did provide a space of sweetness and calm.

Matthew is such a beautiful character. He says so little – but he’s so important. It is because of his soft heart and empathy that Anne’s life is changed, redeemed, given room to blossom. And in her blossoming, Matthew and Marilla find new life as well, in ways no one ever could have anticipated. When I got to That Chapter, the one with the rightly ominous title, I hesitated for a long time… but I had to listen to it. And it was as if all the griefs and pains of 2016 novaed within me, and there were moments when I was crying so hard I couldn’t hear the narration. But … L.M. Montgomery works through the grief with her characters, and as they endure and grow stronger and begin to find joy again, so does the reader. This death is probably the one which in all of fiction hits the hardest … and yet which also heals. 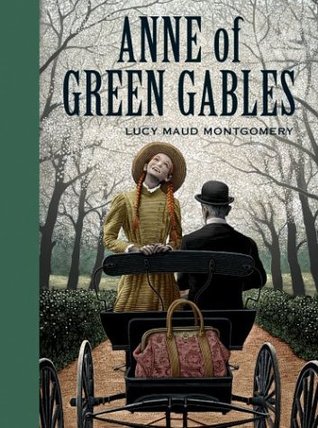 And Marilla. As a child, I don’t think I cared so much for her one way or another; the strict authoritarian who rides herd on Anne’s imaginings and flights of fancy, who has such trouble comprehending what is going on in that red head. As these things are wont to go, she just seemed old to me when I read this as a child, old and staid and intractable. Now, of course, I’m a lot closer to her age, whatever that might be, than I am to Anne’s in this book, and I get her. She hasn’t had a rich life, in any sense of the word, and it has … dried her out. Still, despite spinsterhood in a time when it’s shameful (when isn’t it?) and hard work and headaches and past heartbreak, she has that saving sense of humor. It’s only an acorn when Anne comes into her life, and the girl acts as sunlight and water on it. It’s beautifully subtle, and it’s a marvel to see it grow.

It’s interesting to notice things here and there which flew miles over my head as a child. Marilla’s frequent headaches are worrying; and then there’s the moment at the beginning when Marilla mentions how Matthew’s heart troubles him, which is one reason they were adopting a boy. These are scary moments to read, now, with hindsight.

One thing that really caught my attention this go-round was the peddler who sold Anne that infamous dye in the Incident of the Green Hair. Marilla protests letting “one of those Italians” into the house, which is at best xenophobic and at worst racist… Which is one of those things that troubles a modern reader; I think I’ve said before how troubling it was that everyone in Avonlea was suspicious (at best) of Catholics, and pretty much any other group who wasn’t Protestant Irish-Scots. Anyway. Anne reassures Marilla that she didn’t let him in, and he wasn’t Italian: he was a German Jew, who was trying to earn enough money to bring his family to Canada. And I had a bit of a thrill – not one of Anne’s lovely thrills, but one more like what Matthew describes feeling when he sees grubs in his field. Anne was written in 1908, decades before the most obvious reason for a Jew to flee Germany, but a minute’s research shows that, while there was no need to worry about being stuffed into a train car and sent off to a camp, never to be seen again – still, anti-Semitism was going strong. 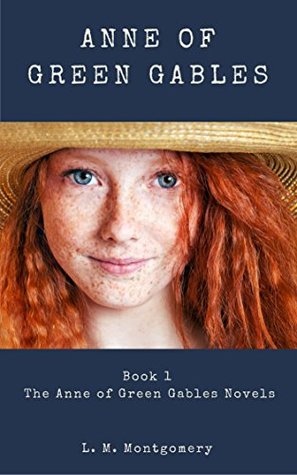 Anne is a book which has contributed in a big way to the better parts of me, and which reminds me of them every time I read or listen to it. It’s the book which helped form my concept of friendship … which perhaps has been too high a standard. It’s the book – or rather series – which makes it hard to go to work and listen to that horrific excuse for a radio station which a couple of people insist on. Then there’s the world of Viagra commercials and Charmin commercials (those cartoon bears are an abomination) and The Bachelor and these strange creatures called Kardashians … and presidential campaigns … and … It’s a severe culture shock.

So now and then it’s good to wrap myself up in Green Gables, and forget about the rest of it.

May the reality always be better than your imagining, and may all your sleeves be puffed.