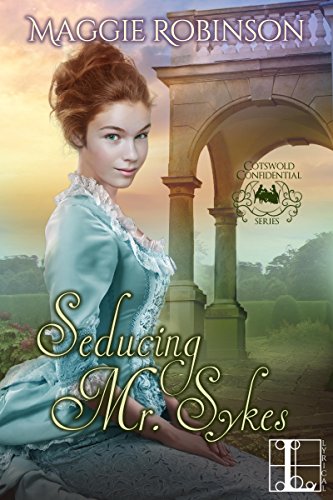 I am so deathly tired of the abuse of the English language in books. If I want to hear the language butchered I can take out my earbuds at work and listen for five minutes. It’s not just in early reviewer copies, though obviously it’s more common there; it’s not just in self-published books. This one is to be published by Kensington Books, which is pretty legit, right? Yet here Our Hero reflects on being “slayed … by Sadie’s regal presence”, and “vocal chords”, and Our Heroine makes a “sinuous trip up the staircase”, carried up in the Hero’s arms. Usually one can figure out through context what a word is supposed to be, but this baffles me. If you’re not completely sure of the meaning of a word, either look it up or don’t use it. And if you’re a book editor, for God’s sake take a fine-toothed comb and EDIT the damned things.

That being said, this was kind of fun. It was absurd – taking place in a sort of Victorian (Victorian?) rehab village where wealthy families send their troubled scions to reform via fresh air, exercise, routine, and a lack of unseemly stimulation. The place is run by the Sykeses (father, currently abroad (and I take it that’s a book unto itself), and son), and everyone in the little village is engaged in the task of looking after the Guests to see to it they are looked after – and that they behave. The latter is the problem with Sadie, Sarah Marchmain, who has been dumped in Puddling-on-the-Wold by her father because she is bucking at the prospect of marrying the man he has chosen for her. “… [Someone’s] husband, a local baronet called Sir Colin Sykes, had taken her in hand as best he could once they were married. Sadie was determined never to be taken in hand.” So naturally when she has a meet-cute with Mr. Sykes the Younger, he is horrified at what she is wearing (stolen plaid trousers) and she is mulishly determined to buck any authority she comes up against. So, naturally, I knew they would end up together. (Well, it is of course given away in the title – which doesn’t kick in till almost three quarters of the way in.)

The how and why doesn’t matter much. This is, after all, a romance novel, and there isn’t much new under the sun in getting a couple from point A to bed or marriage or whatever the goal is. The primary thing here is characterization, and enjoyable writing – and Maggie Robinson does a really pretty good job with these. I may not believe in Puddling-on-the-Wold, but I was adequately convinced by Tristan and Sadie and their background cast.

Now, as to the writing (apart from what I already mentioned, and quibbles like detailed descriptions of what color something was when it had already been specified that all the lights were off and it was very dark) (oh, and yes of course I got cranky when Frankenstein was conflated with his monster): I laughed when the eleventh Doctor confessed that he couldn’t make a decent meringue (because neither can I). Whipping up egg whites into a froth is harder than it looks. Similarly, creating a book that is decently frothy and light and yet stands up on its own is apparently really hard, because so few people manage it successfully.

But this comes darned close. The silly plot romps along, pulling in a few serious details along the way to give it a foundation but not to dampen it, and by the end the main characters are surprisingly solid and rounded. Some of the froth was more sticky than I would prefer – Sadie continues her mulish eccentricity beyond what really seems a reasonable point, for example, and in fact just about everyone behaves at least slightly unreasonably – but on the whole it pulled it off.

And I did enjoy quite a few turns of phrase. Sadie’s old late governess is described as “at this moment no doubt giving the devil a lesson on evil and grading him harshly”. After a shock, Tristan tries to pull himself together: “Let’s see. To speak, one opened one’s mouth. Arranged teeth and tongue in familiar combinations. Pressed one’s vocal chords into service. Breathed too, somehow. All of that was quite beyond him at the moment.”

My favorite line, though, which made this just a little more than simple froth and which should in fact be everyone’s motto: “Let’s be kind to each other and see where the journey leads.”