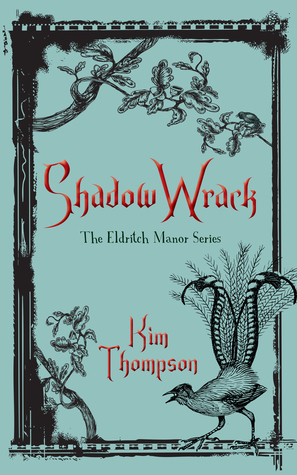 I wasn’t sure what to make of this one for quite a while. It’s a sequel – the middle book of a trilogy, actually – and I didn’t read the first one (I keep telling myself to check these things before I request a book on Netgalley, and I keep ignoring myself), but I don’t think that was why I struggled to like this; it made what needed to be clear adequately clear without dwelling too much on what happened before. I have no problems with the storytelling in that department.

It’s a fun idea: a young girl (twelve, I believe) finds herself in a position where she has to help a group of supernatural senior citizens, keeping the centaur hidden and so on, and keeping the fairies from starting a full-scale war with the dwarves who come to rebuild the home that burned down in the first book. I liked parts of that – Willa’s calm and reasonable handling of a few situations was perfect for a tween book.

My … “discomfort” is too strong a word; it was more a sort of sad sigh … comes from the fact that Willa’s intervention was so badly required. I don’t know whether all of these beings are so fractious and childish because they’re non-human fae-type persons, or whether it’s because they’re elderly – but it had better not be the latter, because – well, way to inculcate a fear of getting old in a kid. Their behavior is extremely erratic, and – “Stop! Stop! You’re acting like a bunch of kids! …” Yes. Quite. Maybe this is why so many children’s and young adult novels focus on situations where there are few or no adults: the young main characters have the opportunity to take responsibility and make decisions without grownups having to be depicted as idiots.

Of course another problem is that I just didn’t like Willa. When a child – or any character – makes a major mistake in a story, I should be predisposed to be sympathetic with the impulse that caused it, and with her suffering through the results. Willa makes a huge misstep in the course of this story, and it just made me want to slap her.

It was the bit I quoted from above that made me shut the book and let my finger hover over “Delete” for a second; it was just so … much. I get tired when there’s any group of people behaving as stupidly as some of these characters were behaving; if it’s meant for comedy, then it completely misses my sense of humor, and if it’s because it’s a book intended for young readers then … in my opinion it’s a terrible idea.

It was two simple words which pushed me to finally quit at about 70%. One was the “super” in “Willa found she was super-hungry”. There are two speech tics which are more and more common in the recent past which I loathe – constant use of “like” and the use of “super” as a qualifier. Fingernails on a blackboard. I kept going because that’s just me, just my personal button being pushed. What finally acted as the Last Straw to make me raise both eyebrows, close the book, and finally hit delete was –

I guess this isn’t considered swearing anymore? And blasphemy is just fine for a book aimed at tweens? How strange. I was surprised at how much this offended and disgusted me.

Like Loading...
This entry was posted in books, Children's/YA and tagged children's, Kim Thompson, NetGalley, Shadow Wrack. Bookmark the permalink.