So CBS debuted Star Trek: Discovery last night, finally. They’ve been talking about it for – what, over a year? Two? I’ve lost track; it was supposed to debut back in May, and they never really gave an adequate reason why it didn’t. It came on my radar again when Sonequa Martin-Green’s character was killed off on The Walking Dead – right about at the same time it was announced that she was going to be the lead in Discovery. Huh. Coincidence!

I haven’t been overwhelmingly excited about this … ever. Never liked the look of the ship Discovery, nor of whatever that ship was in the premiere (what’s with the unlit bridge?); not a huge fan of Ms. Martin-Green; hated the uniforms; do we really need another prequel? And once I found out that CBS was only going to air the first episode, streaming the rest of the series behind a paywall? Pfeh. Not interested. Why on earth would I pay … *checks* Holy crap, that’s worse than I thought:
• Limited Commercials Annual Plan: $59.99/annually with a 1 Week Free Trial
• Commercial Free Annual Plan: $99.99/year with a 2-Day Free Trial
That’s appalling. (And I thought you got at least a month’s free trial – two days?!) Why would I pay that – on TOP of the ridiculous amount I already pay my cable company, plus Netflix which I can never give up because of Stranger Things – just to watch old episodes of CSI (which – give it a minute, it’ll pop up on ION Television) and Discovery? The latter would have to be pretty spectacular to make me do that.

I was frankly bored last night.

For one thing – this is the big debut, held back for four months? One hour, packed with what seemed like more commercials than usual, no fanfare? Really?

And … Yeah. Bored. My attention drifted like a spacewalker off her tether, and when it snapped back I … just didn’t much care what I had missed. And when I was paying attention, I was frowning about the show’s place in the timeline. SM-G’s “Number One” – Michael, which apparently does not mean she’s trans but people are running with that idea anyhow – gives the date “back on Earth” or whatever as 2280-something, if I recall correctly. Interesting; from what I’m finding the original series was set in the 2260’s. So I kept thinking things like “well, the sound effects are nice – very TOS – but why are the uniforms totally unlike anything we’ve seen before? (And what’s with the lame?) Why is the technology so different? Why introduce a brand new alien we’ve never seen before (apparently called Kelpiens) when they’ve never been heard of before in TOS, TNG, DS9, VGR, ENT, or any of the films, most of which take place after this? You’re really going to try slapping a whatever-that-generation-is tractor beam on a human being? Since when can a human being do the Vulcan neck pinch? McCoy couldn’t. Oh, lord, they injected Sarek into it… Wait. According to whatever website I found last night Sarek adopted her? So she’s apparently Spock’s adopted sister? Oh please. I am deathly tired of TOS characters’ never-before-mentioned siblings popping up.

Why are these people incapable of branching out into new space, new timeline, new storylines with no umbilical cords to what’s gone before? It’s Star Trek. It’s space. It’s the future. There are literally no boundaries (except for that purple barrier at the edge of the galaxy, of course). Why do they keep tromping over roughly the same ground?

The storytelling was … uninspired. The special effects seemed fine – but I was watching on a fairly small tv in standard definition. This was made for a bigger screen and hi-def, and I’ll bet it looked a lot better that way – but to me it was murky and I had no idea what they wanted me to be looking at in places. The acting was adequate. It got old for that one guy – *checks* Saru – to keep whingeing (yes, fine, prey species, dandy. Shut up) while the rest of the crew hardly got a word in edgewise. And … there’s an elephant in the room.

They actually looked a little more like elephants than Klingons, didn’t they? 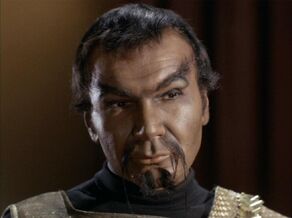 I have always hated the “Klingon” episodes of Trek. TOS not so much – they had a lot of great personalities playing Klingons in TOS. But when we got to TNG, I quickly came to hate Worf with the burning passion of sixty suns. I’ve been re-watching over the past several months, and it’s all coming back to me: every few weeks something terrible would happen to Worf, and then by the end of the episode he’d be all better, and I would be hacked off about yet another missed opportunity to get rid of him. He broke his neck – but was fine by the next episode. He almost died more, I think, than any other character on the show – not to mention the times he left the ship, or should have had his butt fired – and yet still he endured. And then imagine my disgust when he was transferred to Deep Space 9.

And every time TNG decided to focus on the bloody Klingons, I zoned out. There’s just no there there – and they kept returning over and over to that barren ground so that a bunch of leather-clad burly guys could bleat about honor and be generally annoying with their growly ugly speech-impeding teeth. (Yes, I’m racist against Klingons. So sue me.)

So here comes this new series – and of course they’re going to plop the Klingons in the middle of it. Well, sure – it makes sense. At the time they were the Enemy, and if you’re going to face a big danger they ought to be it. And – okay, it makes sense that they’re not going to go back to the original makeup. Sort of. But – no, damn it, no it doesn’t – it doesn’t make sense. If it’s within twenty years of the original series, how the hell have they evolved? Or – what? What is the explanation? And when do they plan to give this explanation? DO they plan to give an explanation, or will it be just the same as what they did last time, where for almost ten years there’s no enlightenment, not even a mention of what’s going on, until someone says “??” and Worf says that the matter is not discussed with outsiders?

“The lack of hair is empowering and logical”

They looked ridiculous. They sounded muffled, like – oh, gosh, like they were speaking through layers of latex or foam. And while I get that they shouldn’t be speaking English, the show had already lost my attention – so entire scenes where all dialogue was in Klingon were a bit lost on me, since I couldn’t be bothered to look up to read all the subtitles. And did I mention that they looked ridiculous? (Good lord, this was all driven by Neville Page and Glenn Hetrick? I’m so disappointed in them.) Was this another “Hey, we’ve got money to burn! Let’s hire a TON of makeup artists!” (Hetrick and Page don’t come cheap, I’m sure.) What in the name of Sto-Vo-Kor were they wearing? Why was that dead guy wrapped up like a mummy? In fact, why was there a whole quasi-Egyptian theme going? Is it really wise to have open flame on a starship? Do I have any real reason to care?

And it’s all kind of a relief, in a way. I was a bit resentful that if I wanted to see the rest of the series I’d have to cough up. And now – I don’t have to, because I don’t care. I am completely uninterested. So now the resentment is cleared away, and I can go back to forgetting about it.

And I’m kind of sick of being disappointed by my fandoms. The new Doctor had better be superlative – but I’m not optimistic…

I would have liked to have seen Jason Isaacs, though. I do love Jason Isaacs. Ah well. I’ll get over it.

Like Loading...
This entry was posted in books and tagged Discovery, ST: Discovery, Star Trek. Bookmark the permalink.