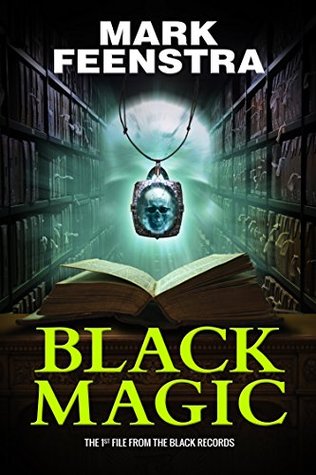 This took me very much by surprise. Early on in the book, someone references Harry Potter to Alex Black, first-person heroine of this story, and she corrects them: “More Harry Dresden than Harry Potter.” And she’s absolutely right. If this had not been so enjoyable, it might have been a bit too close to the Dresden Files in theme and tone for comfort (set in Vancouver instead of Chicago). Alex doesn’t have Harry’s firepower as a wizard, but like Harry she has to make her living, and like him she is good at what she does.

And like in the Dresden Files, nobody’s safe. Death comes unexpectedly and early, and Alex herself (like Harry) takes a beating.

Her sidekick, however, is about as far from Lt. Karrin Murphy as it is possible to be.

So, yes, it is very, very reminiscent of Jim Butcher’s series. But, fortunately, the writing carries it off. In fact, the only reason I gave this four stars instead of five was a smidgen of disappointment in the climax; the buildup was excellent, but I thought it fizzled a bit.

All in all, though, I had a great time with this – and I just bought the second book. (They’re now being published under the pseudonym Alexis Blakely.) Looking forward to it!