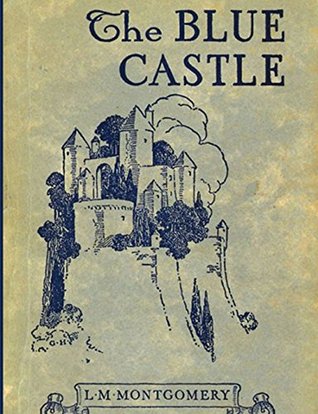 The Blue Castle has been one of my favorite books since the first time I read it, more years ago than I care to dwell on. My childhood and youth was nothing like Valancy Sterling’s – my family was pretty terrific – but my personality was (is) an awful lot like hers in some ways. So of course I always adored a book in which a girl a lot like me finds an almost literal fairy tale, from the beautiful private island to the unmasking of the prince in the end.

There is one aspect to her personality which is probably more like mine than I care to recognize: I don’t remember ever remarking on Valancy’s tendency in the beginning – for the first half of the book – to dwell on the tiny events of her past. Every name she was called by fellow students, every slight and injustice and the incident of the dust pile, and so on and so forth, lingers and replays and never clears away. It’s not attractive – but it’s all she had – and it’s real, because heaven knows I do the same thing. I can’t remember my blog password, but I have very clear memories of the time someone teased me about thick eyeglass lenses, and the time someone made fun of my sneakers, and that time I discovered I was being cut out of a group of friends – and I have a feeling that other more recent incidents will be yet more sticky notes in my head. 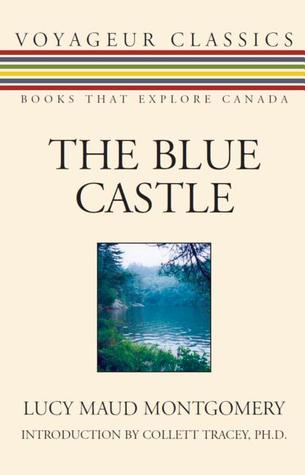 When I think of Montgomery’s writing, I don’t automatically recall the bits of social commentary that went into it. But they were always there, some quiet and some more strident. “…Poor, unhappy, disgraced little Cissy Gay, ill and helpless in that forlorn old house out on the Mistawis road, without a soul to help or comfort her. And this in a nominally Christian community in the year of grace nineteen and some odd!” Amen.

“I don’t want either heaven or hell for steady. Wish a man could have ’em mixed in equal proportions.”
“Isn’t that the way it is in this world?” said Valancy thoughtfully—but rather as if her thought was concerned with something else than theology.
“No, no,” boomed Abel, striking a tremendous blow on a stubborn nail. “There’s too much hell here—entirely too much hell. That’s why I get drunk so often.”

The scope for such commentary is broader in this novel than in most of Lucy Maud Montgomery’s, with that “poor, unhappy, disgraced little Cissy Gay”. Offhand, I can’t think of anything in any of the other novels approaching the introduction of a girl who has been seduced and then abandoned with a baby: unwed mothers are but a myth in Avonlea. (Some of the stories do touch on darker elements – and seduction outside of marriage is always going to be dark in this world – but not the full-length stories.) It comes later in the oeuvre; apparently the twenties were more flexible. 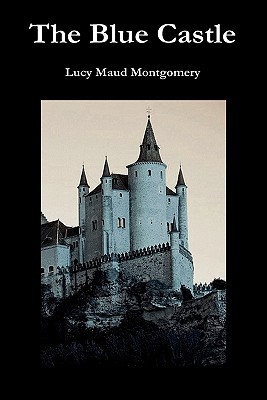 There are darker areas in this book than in most of LMM’s work; apparently this one was one of the only ones intended for adults as opposed to young folk. Valancy’s despair and depression – and abuse, for I think it can safely be called that; Cissy Gay’s tragedy; the Blackbeard aspect of the fairy tale flavor. Valancy has the creeping suspicion – usually in the dark of night – that Barney might be hiding something terrible and fearful in his locked room… and doesn’t really care. Having kicked over the traces and discovered how sweet freedom is, she finds herself willing to live and let live, even if Barney is keeping past wives strung up in a private chamber. As long as he gives her her head for a while before adding her to the collection, she is content. I love that part of her refusal to be alarmed by his secrets is a certain perverse streak in her nature: she has had it up to here with staid convention and morality. Cissy Gay fell victim to a foul seducer? *shrug* She needs help. Roaring Abel is a drunken heathen? *airy wave of dismissal* He has done his poor best to look after a daughter no one else would help, and besides – he can be fine company. Barney Snaith is suspected of all sorts and kinds of illiciti, immoral, and probably criminal acts? *pfft* If everyone else disapproves of him, all the more reason to take his side.

And The Blue Castle adds several entries to the list of fictional books I would love to read: John Foster’s nature books, and especially Thistle Harvest. It is sad when I can’t go hunting for a book that sounds really marvelous, simply because said book has never been written.

Spoilerific wonderful quote:
“Love you! Girl, you’re in the very core of my heart. I hold you there like a jewel. Didn’t I promise you I’d never tell you a lie? Love you! I love you with all there is of me to love. Heart, soul, brain. Every fibre of body and spirit thrilling to the sweetness of you. There’s nobody in the world for me but you, Valancy.”

Like Loading...
This entry was posted in books, Favorites and tagged L.M. Montgomery, old favorite, The Blue Castle. Bookmark the permalink.