The Girls in the Garden – Lisa Jewell 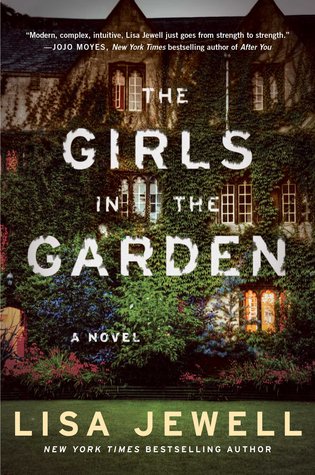 This is not my usual cup of tea. I just don’t tend to lean toward contemporary women’s fiction, if that’s the proper pigeonhole for this; in fact, I requested it because it sounded more like a mystery. And it was, to a degree – something terrible happens in the first chapter, and through the rest of the book several possible suspects surface.

But that’s not what the book’s about. The book is about the Wilds, Grace and Pip (almost thirteen and almost twelve), their mother Clare, and their father Chris who … is not with them right now. Six months prior to the book’s events he had a severe mental breakdown, and while he’s hospitalized the rest of them are trying to deal with the fallout from that. Part of which is moving to a remarkable neighborhood in London in which several homes share a four-acre garden. It’s idyllic… on the surface.

Maybe it’s shallow, but I just don’t enjoy stories like this. Don’t get me wrong – the writing is excellent; the characters are well built; the story is compelling (it compelled me to finish it in a day). It’s a solid book. But it also feels like those books about kids which I loved as a kid, the Arthur Ransomes and E. Nesbits and Edward Eagers – those books where children spend long improbably wondrous holidays wandering almost entirely unsupervised and having fabulous adventures. But it’s those books with, as one character avers, a layer of Lord of the Flies over all. The absence of supervision in the older books which was a simple matter of allowing children to be off and about in the faith that no one would hurt them is, here, neglect and wrong-headedly determined free-spiritedness.

And it’s not safe anymore. That’s the part that leaves me heavy-hearted however good the book was. Is that one man really the wonderful guy he seems to be, or is he a predator? Is that old fellow all metaphorical bark but relatively harmless, or is there more to his disgusting outbursts? Is there more to Chris Wild’s mental illness than his wife ever discerned? There is no innocence in this world, except among the youngest of the children, and even in them there are only glimpses. There is no murder in the plot, but the incidents that do occur have much the same lasting effects of some murder investigations: things come out which should have stayed hidden, and trust is marred, if not shattered… The Girls in the Garden is the story of what parents do to their kids, and what kids do to each other, and now if you’ll excuse me I think I’ll go read Five Children and It again.

Oh! One thing that must be said about this book is that it gave me a very happy Harry Potter moment: St. Mungo’s, where Neville Longbottom’s parents are being treated? Is real. (Hey, I’m American – I had no idea.)

Like Loading...
This entry was posted in books and tagged Lisa Jewell, London, suspense, The Girls in the Garden. Bookmark the permalink.